Cabrillo Economic Development Corporation invites you to celebrate with us during an evening honoring Barbara Macri-Ortiz and Jaime Bordenave for their efforts as community development professionals in Ventura County. The evening will include a gourmet dinner, silent and live auctions, and awards presentations with keynote speaker Rick Najera, named one of the "most powerful and influential Latinos in entertainment," by the Imagen Foundation. 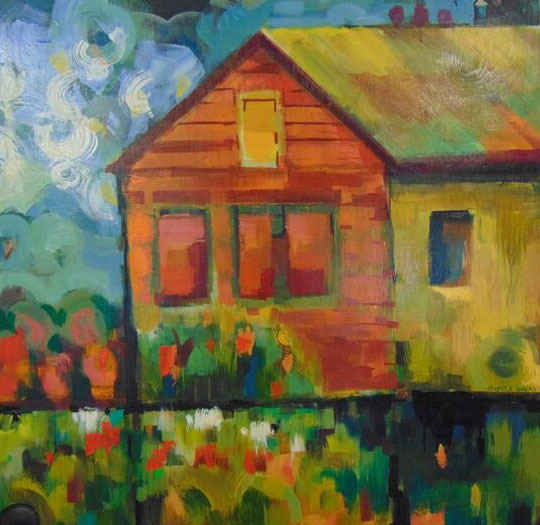 There are currently no tickets available for this event, but you can still make a donation.

The funds raised from this event will provide affordable housing and make it possible for us to improve lives through ongoing educational and social programs, financial education programs, food pantries, and after-school tutoring and reading clubs for children. In short, your funds will create a ladder of opportunity that will lift up our entire community.

The evening will begin with a no-host cocktail reception at 5:30 p.m., kicking off the silent auction. The dinner and program will begin at 6:30 p.m., honoring attorney and housing rights advocate Barbara Macri-Ortiz and former Cabrillo Executive Director and founder and now the president of The Communities Goup, Jaime Bordenave. Our Keynote Speaker will be Rick Najera, American sketch comedian, screenwriter, director, producer, actor, author, playwright, coach and national speaker. Veteran documentary filmmaker and Los Angeles-based broadcast network journalist David Cruz will be the master of ceremonies. 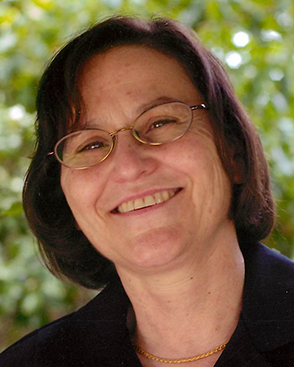 Macri-Ortiz's passion started in the late 1960s as a student at the University of California at Santa Cruz. She followed her passion and worked for Cesar Chavez as a volunteer to boost pay and working conditions for California farmworkers. During the next 20 years, she worked for the United Farm Workers. She participated in boycotts, administered labor contracts, directed the arbitration division, and managed the accounting and legal departments.

Macri-Ortiz received her legal education through the UFW's Legal Apprenticeship Program, was licensed to practice law in June 1987, and served as the Union's Labor Attorney and House Counsel. After moving to Ventura County, she started working with Channel Counties Legal Services Association in 1990 as a legal aid lawyer, representing low-income clients in landlord-tenant matters, including substandard housing and eviction defense. She soon realized the best way to help her clients, however, was to secure more affordable housing through advocacy and litigation to convince local jurisdictions and landlords to follow state housing laws. In 2001, Macri-Ortiz opened her own practice in Oxnard, specializing in all aspects of affordable housing development and landlord-tenant law. 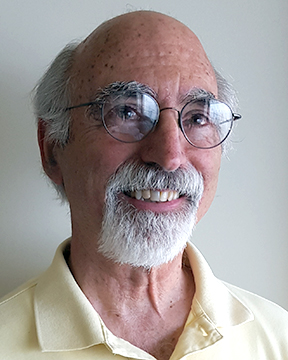 Jaime Bordenave was Cabrillo's first lead administrator when the Cabrillo Improvement Association was organized in 1976. Bordenave is the founder and President of The Communities Group, which has clients in all 50 States as well as overseas. He has 45 years of experience in affordable home ownership, housing strategies, community development, institutional development and training.

He has worked extensively both in the U.S. and overseas, with assignments in Central and South America, the Caribbean, Africa, Asia and the Middle East. Over the past 28 years, he has built The Communities Group.


Bordenave also has worked in support of housing and community development in various capacities and with various organizations, including Self Help Manpower Inc. and Rural Community Assistance Corporation.

Bordenave received a bachelor's degree in Philosophy from St. John's College, where he also received his graduate degree from the School of Theology with a specialization in Social Justice and special studies in Mid-Eastern History and Culture. He received The Rudy Bruner Award for Excellence in the Urban Environment in 1989; the Sun Trust Bank Affordable Housing Person of the Year in 2001; The national Association of Housing and Redevelopment's John D. Lange International Award in 2016; and the Suffolk Redevelopment and Housing Authority's Clarissa E. McAdoo Houser Award for Outstanding Partner in 2016. 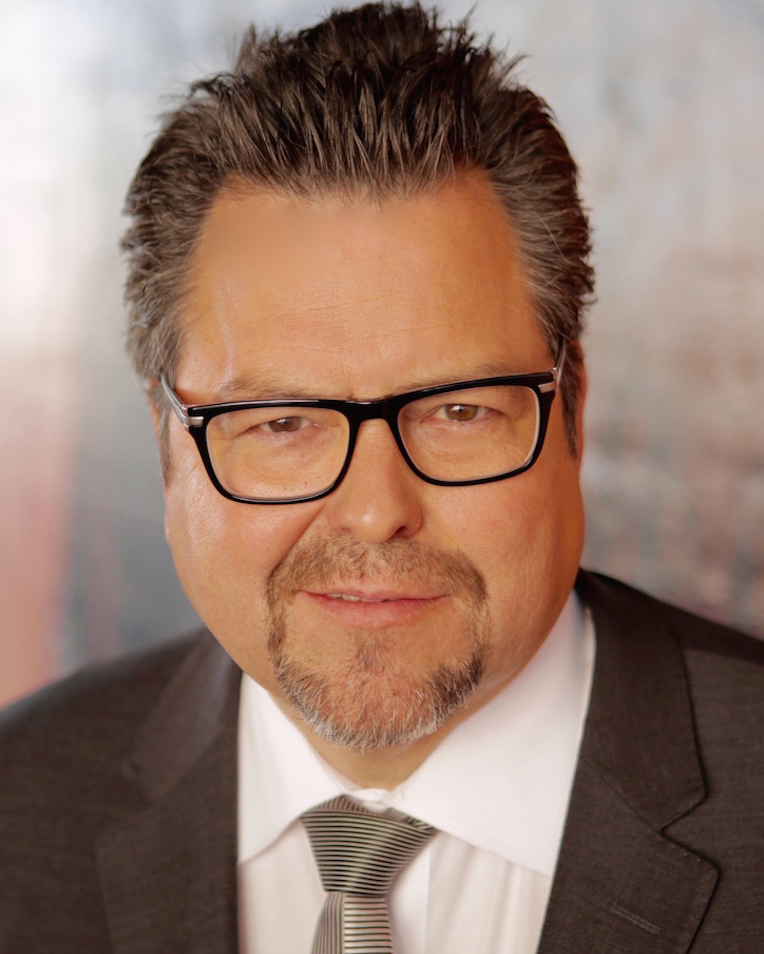 Rick Najera, named "Top 13 in Diversity" by L.A. Times and one of the "100 most Influential in America" by Hispanic Business Magazine, is an American sketch comedian, screenwriter, director, producer, actor, author, playwright and national speaker with an expansive portfolio of credits in all forms of entertainment.

Najera has written for television, film, new media and Broadway, including the feature film "Nothing Like the Holidays," which won him an ALMA Award. As an award-winning author, he has written" Latins Anonymous," "Pain of the Macho," "Latinologues: From Broadway and Beyond," and "Almost White: Forced Confessions of a Latino in Hollywood." He is working on his fifth book, "Najera in America." 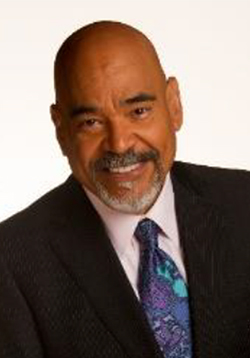 David Cruz has received multiple Emmy and Golden Mike awards for his groundbreaking storytelling and compelling narratives on the American landscape. Cruz began his career in San Antonio, Texas at KWEX TV, the founding television station that grew to become UNIVISION Network. He went on to work for CBS News based in San Francisco as a Correspondent for the Pacific Rim and Latin America. He covered the civil conflicts in Central America and the war in the Falkland Islands between Argentina and the UK.

Later, Cruz accepted a position as Correspondent for ABC News based in Dallas, Texas where he covered the Southwest with a focus on the emerging Hispanic presence and bi-national stories affecting the United States and Mexico. He provided reports for both ABC and UNIVISION stations on a range of significant stories, including the historic inaugural visit of Pope John Paul to the Americas.

When CNN Spanish Radio Network was launched, Cruz was tapped to Anchor the nation's first syndicated bilingual news broadcast, which aired in 82 U.S. markets and more than 400 markets throughout Latin America. The show consistently earned the highest ratings in the top 20-markets where it aired during its two-year run.

Cruz joined NBC TV in 1996 based in Los Angeles where he worked as Anchor/Reporter until 2012. Cruz anchored the highest-rated morning news show in Southern California, also providing reports for NBC, MSNBC, and CNBC Networks. In 2013, Cruz was named Director of Corporate & Community Partnerships at I-Heart Media, the nation's largest media company. In this position, Cruz was responsible for developing programming for emerging audiences throughout Southern California and expanding listener and sponsor relationships. Cruz also became a regular on-air news commentator/contributor on Fox TV.

He continues to be engaged in original content development as a multimedia Producer-Director and Journalist heading his own production company based in Burbank. He currently is working on a feature documentary and book: "Cementville: Lone Star Rock," the story of a small town that helped build Texas.

You can support us by making a donation!